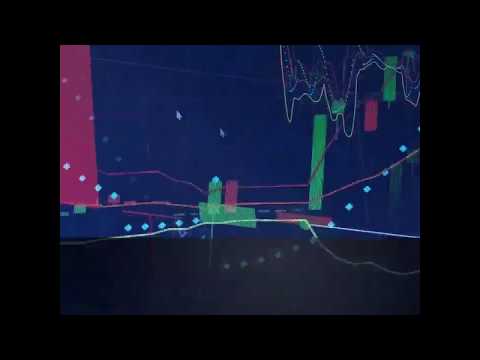 The classic WSB story - lost it all.

Once a year, this subreddit hosts a survey in order to get to know the community a little bit and in order to answer questions that are frequently asked here. Earlier this summer, several thousand of you participated in the 2020 Subreddit Demographic Survey. Only those participants who meet our wiki definition of being childfree's results were recorded and analysed.
Of these people, multiple areas of your life were reviewed. They are separated as follows:

Our sample is redditors who saw that we had a survey currently active and were willing to complete the survey. A stickied post was used to advertise the survey to members.

The raw data may be found via this link.
7305 people participated in the survey from July 2020 to October 2020. People who did not meet our wiki definition of being childfree were excluded from the survey. The results of 5134 responders, or 70.29% of those surveyed, were collated and analysed below. Percentages are derived from the respondents per question.

There were more than 50 options of faith, so we aimed to show the top 10 most chosen beliefs.
This top 10 amounts to 95.01% of the total participants.

There were more than 50 options of faith, so we aimed to show the top 10 most chosen beliefs:
This top 10 amounts to 94.65% of the participants.

Effect of Faith over Childfreedom


Effect of Childfreedom over Faith

Is your partner childfree? If your partner wants children and/or has children of their own and/or are unsure about their position, please consider them "not childfree" for this question.

Would the childfree participants be willing to date a single parent?

On a scale from 1 (very unhappy) to 10 (very happy), how would you rate your childhood?
Figure 3
Of the 5125 childfree people who responded to the question, 67.06% have a pet or are heavily involved in the care of someone else's pet.

Age when starting doctor shopping or addressing issue with doctor. Percentages exclude those who do not want to be sterilised and who have not discussed sterilisation with their doctor.

Age at the time of sterilisation. Percentages exclude those who have not and do not want to be sterilised.

Elapsed time between requesting procedure and undergoing procedure. Percentages exclude those who have not and do not want to be sterilised.

How many doctors refused at first, before finding one who would accept?

Primary Reason to Not Have Children

This section solely existed to sift the childfree from the fencesitters and the non childfree in order to get answers only from the childfree. Childfree, as it is defined in the subreddit, is "I do not have children nor want to have them in any capacity (biological, adopted, fostered, step- or other) at any point in the future." 70.29% of participants actually identify as childfree, slightly up from the 2019 survey, where 68.5% of participants identified as childfree. This is suprising in reflection of the overall reputation of the subreddit across reddit, where the subreddit is often described as an "echo chamber".

As it did in the 2019 survey, this section highlights the stereotype of childfree people as being well educated. 2.64% of participants did not complete high school, which is a slight decrease from the 2019 survey, where 4% of participants did not graduate high school. However, 6.02% of participants are under 18, compared with 8.22% in the 2019 survey. 55% of participants have a bachelors degree or higher, while an additional 23% have completed "some college or university".
At the 2020 survey, the highest percentage of responses under the: What is your degree/major? question fell under "I don't have a degree or a major" (20.12%). Arts and Humanities, and Computer Science have overtaken Health Sciences and Engineering as the two most popular majors. However, the list of majors was pared down to general fields of study rather than highly specific degree majors to account for the significant diversity in majors studied by the childfree community, which may account for the different results.

The highest percentage of participants at 21.61% listed themselves as trained professionals.
One of the stereotypes of the childfree is of wealth. However this is not demonstrated in the survey results. 70.95% of participants earn under $60,000 USD per annum, while 87.85% earn under $90,000 per annum. 21.37% are earning under $15,000 per annum. 1065 participants, or 21.10% chose not to disclose this information. It is possible that this may have skewed the results if a significant proportion of these people were our high income earners, but impossible to explore.
A majority of our participants work between 30 and 50 hours per week (75.65%) which is slightly increased from the 2019 survey, where 71.2% of participants worked between 30 and 50 hours per week.

For the 2020 survey Christianity (the most popular result in 2019) was split into it's major denominations, Catholic, Protestant, Anglican, among others. This appears to be a linguistic/location difference that caused a lot of confusion among some participants. However, Catholicism at 30.76% remained the most popular choice for the religion participants were raised in. However, of our participant's current faith, Aetheism at 36.23% was the most popular choice. A majority of 78.02% listed their current religion as Aetheist, no religious or spiritual beliefs, or Agnostic.
A majority of participants (61%) rated religion as "not at all influential" to the childfree choice. This is consistent with the 2019 survey where 62.8% rated religion as "not at all influential". Despite the high percentage of participants who identify as aetheist or agnostic, this does not appear to be related to or have an impact on the childfree choice.

Overall, the participants skew towards a happier childhood.

The main reasons for people choosing the childfree lifestyle are a lack of interest towards parenthood and an aversion towards children which is consistent with the 2019 survey. Of the people surveyed 67.06% are pet owners or involved in a pet's care, suggesting that this lack of interest towards parenthood does not necessarily mean a lack of interest in all forms of caretaking. The community skews towards a dislike of children overall which correlates well with the 87.81% of users choosing "no, I do not have, did not use to have and will not have a job that makes me heavily interact with children on a daily basis" in answer to, "do you have a job that heavily makes you interact with children on a daily basis?". This is an increase from the 2019 survey.
A vast majority of the subreddit identifes as pro-choice (95.5%), a slight increase from the 2019 results. This is likely due to a high level of concern about bodily autonomy and forced birth/parenthood. However only 55.93% support financial abortion, aka for the non-pregnant person in a relationship to sever all financial and parental ties with a child. This is a marked decrease from the 2019 results, where 70% of participants supported financial abortion.
Most of our users realised that did not want children young. 58.72% of participants knew they did not want children by the age of 18, with 95.37% of users realising this by age 30. This correlates well with the age distribution of participants. Despite this early realisation of our childfree stance, 80.59% of participants have been "bingoed" at some stage in their lives.

Participants who identify as childfree were asked about their interaction with and preferences with regards to the subreddit at large. Participants who do not meet our definition of being childfree were excluded from these questions.
By and large our participants were lurkers (72.32%). Our participants were divided on their favourite flairs with 38.92% selecting "I have no favourite". The next most favourite flair was "Rant", at 16.35%. Our participants were similarly divided on their least favourite flair, with 63.40% selecting "I have no least favourite". In light of these results the flairs on offer will remain as they have been through 2019.
With regards to "lecturing" posts, this is defined as a post which seeks to re-educate the childfree on the practices, attitudes and values of the community, particularly with regards to attitudes towards parenting and children, whether at home or in the community. A commonly used descriptor is "tone policing". A small minority of the survey participants (3.36%) selected "yes" to allowing all lectures, however 33.54% responded "yes" to allowing polite, respectful lectures only. In addition, 45.10% of participants indicated that they were not sure if lectures should be allowed. Due to the ambiguity of responses, lectures will continue to be not allowed and removed.
Many of our participants (36.87%) support the use of terms such as breeder, mombie/moo, daddict/duh on the subreddit, with a further 32.63% supporting use of these terms in context of bad parents only. This is a slight drop from the 2019 survey. In response to this use of the above and similar terms to describe parents remains permitted on this subreddit. However, we encourage users to keep the use of these terms to bad parents only.
44.33% of users support the use of terms to describe children such as crotchfruit on the subreddit, a drop from 55.3% last year. A further 25.80% of users supporting the use of this and similar terms in context of bad children only, an increase from 17.42% last year. In response to this use of the above and similar terms to describe children remains permitted on this subreddit.
69.17% of participants answered yes to allowing parents to post, provided they stay respectful. In response to this, parent posts will continue to be allowed on the subreddit. As for regret posts, which were to be revisited in this year's survey, only 9.5% of participants regarded them as their least favourite post. As such they will continue to stay allowed.
64% of participants support under 18's who are childfree participating in the subreddit with a further 19.59% allowing under 18's to post dependent on context. Therefore we will continue to allow under 18's that stay within the overall Reddit age requirement.
There was divide among participants as to whether "newbie" questions should be removed. An even spread was noted among participants who selected remove and those who selected to leave them as is. We have therefore decided to leave them as is. 73.80% of users selected "yes, in their own post, with their own "Leisure" flair" to the question, "Should posts about pets, travel, jetskis, etc be allowed on the sub?" Therefore we will continue to allow these posts provided they are appropriately flaired.

Thank you to our participants who contributed to the survey. This has been an unusual and difficult year for many people. Stay safe, and stay childfree.

Seekers Beyond the Shroud -- Review and Thoughts

A proposal to eliminate the spread of COVID-19 in Ireland